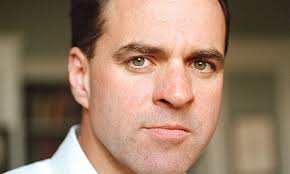 The word of last week was “network”. I have lost track of the number of times I have read that a terrorist network carried out Tuesday’s lethal attacks in Brussels. On Thursday, the French Interior Minister used the phrase, announcing the arrest of a member of “a terrorist network that planned to strike France”. Terrorists used to belong to “groups” and “organisations”. Increasingly, however, we say they belong to networks.

This is more than semantics. For we stand no chance whatsoever of defeating the Islamic State in Iraq and Syria (ISIS) if we fail to understand the significance of its being a true network. For US President Barack Obama, “killing the so-called caliph of the Islamic State, Abu Bakr al-Baghdadi, is one of the top goals” of the final year of his presidency, according to Mr Jeffrey Goldberg, who interviewed him extensively for The Atlantic recently. The Secretary of State, Mr John Kerry, argued last week that ISIS was resorting to terrorism in Europe as “their fantasy of a caliphate is collapsing before their eyes. Its territories are shrinking, its leadership has been decimated by coalition attacks, its cash flow is drying up and its fighters are fleeing”.

Both these statements betray a fundamental misunderstanding of the enemy. The President is so proud of his achievement in authorising the assassination of Osama bin Laden that he thinks he can decapitate ISIS by the same means. But the point about a network is that you cannot decapitate it. It is not a hierarchical structure with an all-powerful leader at the top.

Mr Kerry, too, is making a mistake in measuring the strength of ISIS in terms of territory, leadership and cash flow. It may call itself a state but ISIS is really a network. And you don’t measure the strength of a network in those terms.

The same confusions bedevil the discussions about how far the Belgian authorities failed in their duty to protect Brussels. It seems clear that they did drop the ball when Turkey sent back the airport bomber Ibrahim el-Bakraoui after he was detained near the Syrian border. But the number of people going from Europe to Syria is in the thousands and the number coming back is in the hundreds. Ibrahim el-Bakraoui’s brother Khalid was the subject of an international arrest warrant issued in December; it did not stop him blowing himself up in Maelbeek metro station.

Newspaper depictions of the terrorist network responsible for the Brussels attacks typically show around six people. But this, too, misrepresents the problem, because these people were part of the same network as the dozen or so perpetrators of the Paris attacks of November last year; as is the man arrested in the Paris suburbs on Thursday, Reda Kriket, who had already been convicted in absentia in Belgium last year; as is his associate, Khalid Zerkani, known as Papa Noel (Father Christmas) because of his skill at recruiting terrorists by doling out gifts; as is … but you get the idea.

In some ways, of course, it is not a problem at all. Our ability to connect over long distances is the reason that good ideas spread. Without network effects, there would have been no Scientific Revolution, no Enlightenment, no Industrial Revolution. Unlike hierarchies, which are good at order and defence, networks are spontaneous and creative. The trouble is they are just as good at spreading bad ideas as good ones. Networks can spread panic as readily as they can communicate the wisdom of crowds, crazes for burning witches as easily as manias for tulips or cat pictures.

Think of ISIS as the Facebook of Islamist extremism. When it started out in 2004, Facebook was just a bunch of nerdy Harvard undergraduates. Today it has more than 1.5 billion users. When ISIS started out in 2006, it was just a bunch of Iraqi militants. Today, according to data from America’s Pew Research Centre, ISIS has a minimum of 63 million supporters – and that is based on opinion polls in just 11 countries.

Only a very small minority of members of the ISIS network need to carry out acts of violence to kill a very large number of people indeed. Naively, the United States government talks about “countering violent extremism”. But what makes the network so deadly is precisely the non-violent extremism of the majority of its members. Some preach jihad: they are the hubs around which clusters of support form. Some tweet jihad, with each tweet acting as a link to multiple other nodes.

True, some networks are vulnerable to targeted attacks on key hubs: that is true of the World Wide Web, for example, or the power grids in some countries. But if the network is sufficiently decentralised, then even a hundred drone strikes against its supposed leaders would not destroy it. Indeed, they might even strengthen it by reinforcing the martyrdom mania central to its ideology. ISIS may turn out to be “anti-fragile” (in Mr Nassim Taleb’s invaluable term).

This poses a terrifying problem for all Western governments, as the ISIS network, though densest in the Middle East, is now global. Yet there is a solution. During the decisive phase of the surge in Iraq, as he battled to defeat Al-Qaeda in Iraq – the forerunner of ISIS – General Stanley McChrystal had an epiphany. “To confront Abu Musab al-Zarqawi’s spreading network, (we) had to replicate its dispersion, flexibility and speed. Over time, ‘It takes a network to defeat a network’ became a mantra across the command, and an eight-word summary of our core operational concept.”

Anyone who, having read this far, still thinks that it would help if Britain left the European Union (EU) has not been paying attention. Underfunded and overstretched it may be, but Europol, the EU’s law enforcement agency, is at least the beginning of the network we need to build if we are to stand any chance of beating ISIS.

Just as Gen McChrystal broke down the silo walls of American military bureaucracy, turning Joint Special Operations Command into a war-winning force, so today the West’s intelligence and security forces need to get networked.

It takes a network to defeat a network. Those eight words – McChrystal’s Law – are the true lesson of Brussels. They may also be the best argument against Brexit.